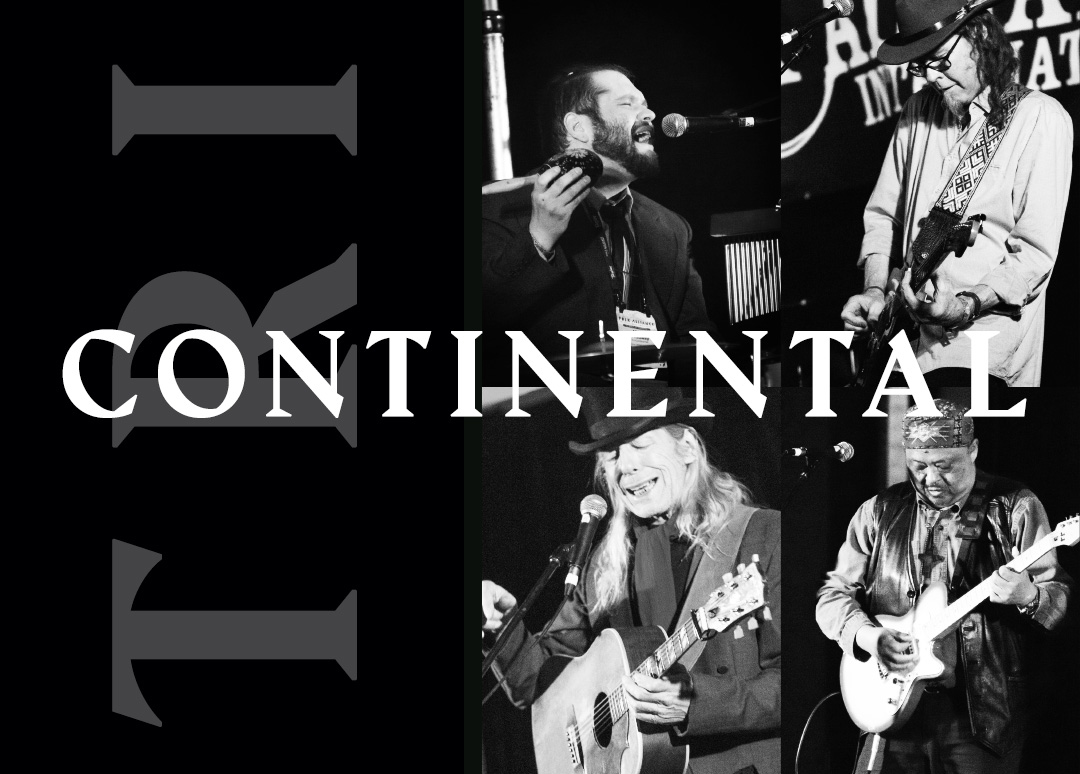 There are no musical boundaries in this one-of-a-kind global roots / blues / folk / world music mélange. Since their first Canadian tour in 2000, Tri-Continental has been built on artistic respect and a deep passion for and knowledge of the blues.
Bill Bourne, Lester Quitzau and Madagascar Slim present a truly unique and critically acclaimed sound that is soulful and present, intense and atmospheric. Well-recognized and respected artists with successful solo careers, they continue to offer significant contributions in the Canadian folk, roots and blues music scene.
Individually and collectively Tri-Continental has received 4 Juno awards and 10 nominations. Their debut album, Tri-Continental won the 2001 Juno for ‘Best Roots & Traditional Album by a Group’. Between 2000 and 2019, Tri-Continental released 5 albums and completed several tours in Canada and Europe. Following a 7 year hiatus, the band returned to the concert stage in 2016 with 14 shows across southern British Columbia, Canada.
In 2018, jazz drummer, percussionist and vocalist Michael “Bearfoot” Treadway joined the band and completed a debut tour in Alberta, recorded Dust Dance, and followed with successful tours in British Columbia and Europe.
Tri-Continental received 3 award nominations for Dust Dance:
2020 Pushing the Boundaries Canadian Folk Music Award
2019 Roots Group / Duo of the Year Western Canadian Music Award.
2019 Album of the Year International Folk Music Award
Dust Dance reached #1 on national and international !Earshot charts, remained in the Top 10 for 17 weeks and is available on digital platforms, live performances, and at My Label Store through Independent Distribution and Licensing Agency in Waterdown Ontario, Canada.
Together as Tri-Continental, something very special and magical happens with Bourne – the grand improvisor, Quitzau – kidnapper of the blues taking it to new dimensions, and Madagascar Slim – his fascination with tradition and evolution found him on the leading edge as promoter of a new sound – the Malagasy blues.
This is clearly evident in the music they create, where sharing and curiosity leads them on fascinating musical explorations resulting in their infectious sound of global roots inspired by folk and flamenco, roots and blues, as world and African rhythms fuse into one.

Learn more about Tri-Continental visit their official website at: www.tricontinentalmusic.com