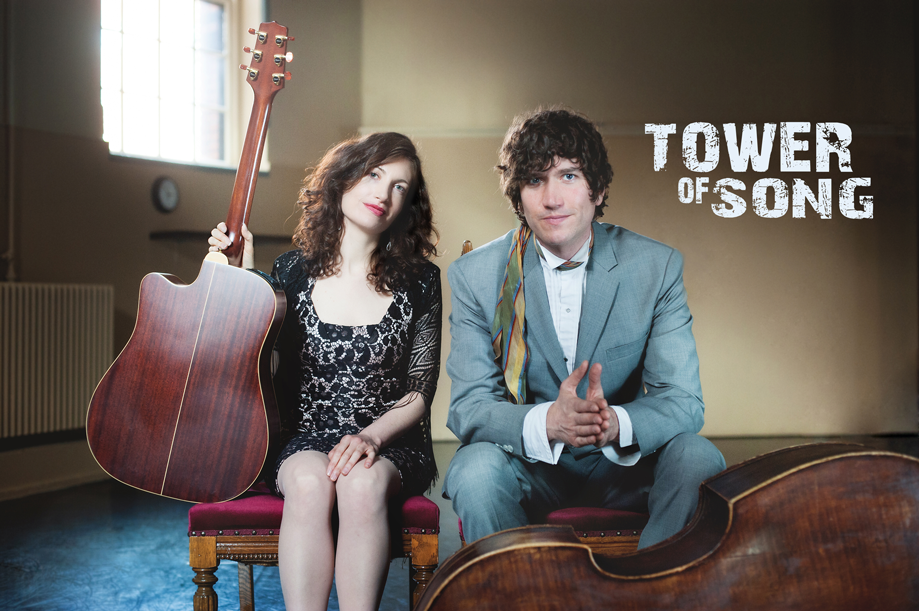 Tower of Song is a duo– Oliver Swain and Glenna Garramone– based in Victoria, BC, Canada, who re-imagine and interpret the songs of Leonard Cohen, as well as present original material.

“I said to Hank Williams, how lonely does it get??Hank Williams hasn’t answered yet?But I hear him coughing all night long?A hundred floors above me, In the Tower of Song”

When Leonard Cohen sang these words, the Tower of Song was a metaphor for the inspiration that flows between songwriters, each toiling away on their own, but connected by their shared craft. Moved by this concept, celebrated BC singer-songwriters Oliver Swain and Glenna Garramone, collaborated to produce a project that is a dialogue through song and a tribute to the legendary songwriter. Reimagining both rare and classic works of Cohen, the duo have crafted a sound that resonates with both longtime Cohen fans and a younger audience.

Tower of Song began as a one-off tribute night for a packed house at Vancouver’s The Media Club, and has since grown into an actively touring folk duo. Produced by Garramone, she invited fellow Victoria musician Oliver Swain, and the show gave Swain and Garramone the chance to grow their musical chemistry. Together as Tower of Song the two have arranged some of Cohen’s timeless songs beautifully, for two voices, banjo, string bass, piano and guitar. Encouraged by the response, they continued to present the show regionally, and after several sold-out shows on Vancouver Island and a successful tour of BC and Alberta, Tower of Song put “more power in the tower,” recording their debut album In City and In Forest, with Juno award winning producer Joby Baker, which officially released on April 22, 2014.  They have since toured twice across BC, Alberta, Saskatchewan, Manitoba, Ontario, and Quebec, playing more than 100 shows to thousands of people in theatres and folk clubs across Canada.

“The tunes are hauntingly lovely. Wonderful takes with close harmonies and violent re-rhythmings. Musically sound. Faithful by being strongly, creatively Cohen, and yet wholly their own.”