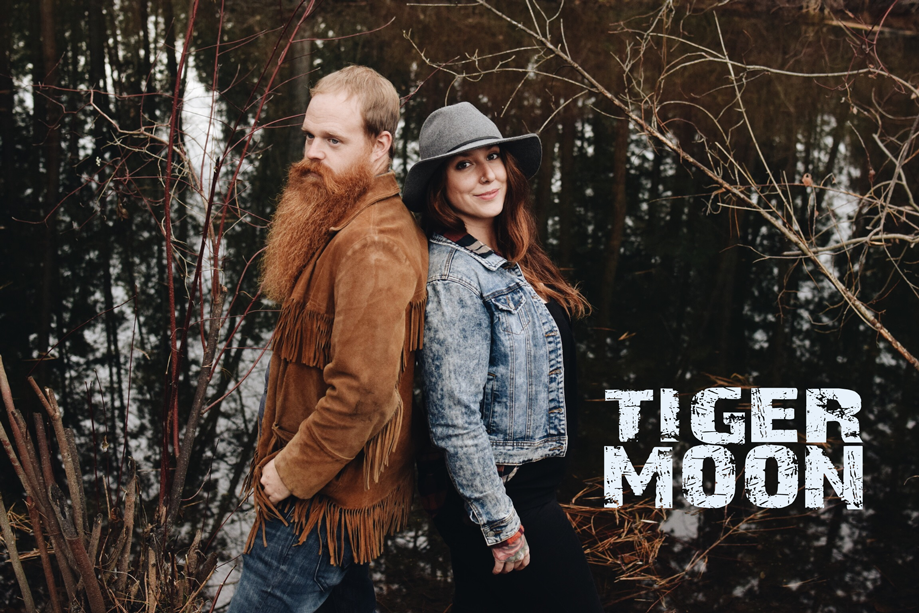 The winner of the Creative Okanagan Inside the Music program has been announced. Tiger Moon is a West Canadian Folk duo from Kelowna, BC. They will be performing at ROOTSANDBLUES and will receive back stage passes, a tech walk through experience, meeting with the Creative Okanagan Creative Director, and a media training session. Great work Tiger Moon!

More about the Tiger Moon

Tiger Moon is a West Canadian folk duo. Boasting harmonious sounds, heartfelt melodies, and foot-stomping rhythms, this is a pair to be reckoned with. They perform with a guitar, mandolin, two sets of boots and two big, rich voices. Drawing their sound from traditional folk, Canadiana, soul and rock, they are a minimalist barn-burning band with syrup-soaked harmonies.

With the new record Cariboo & Whiskey out in June, the team is working hard to secure their spot as an integral part of the musical fabric of Canada. Both their two and four-piece lineups have been added to a number of West Canadian festival lists in thanks to their upbeat, folky melodies and diligent and devout musicianship.