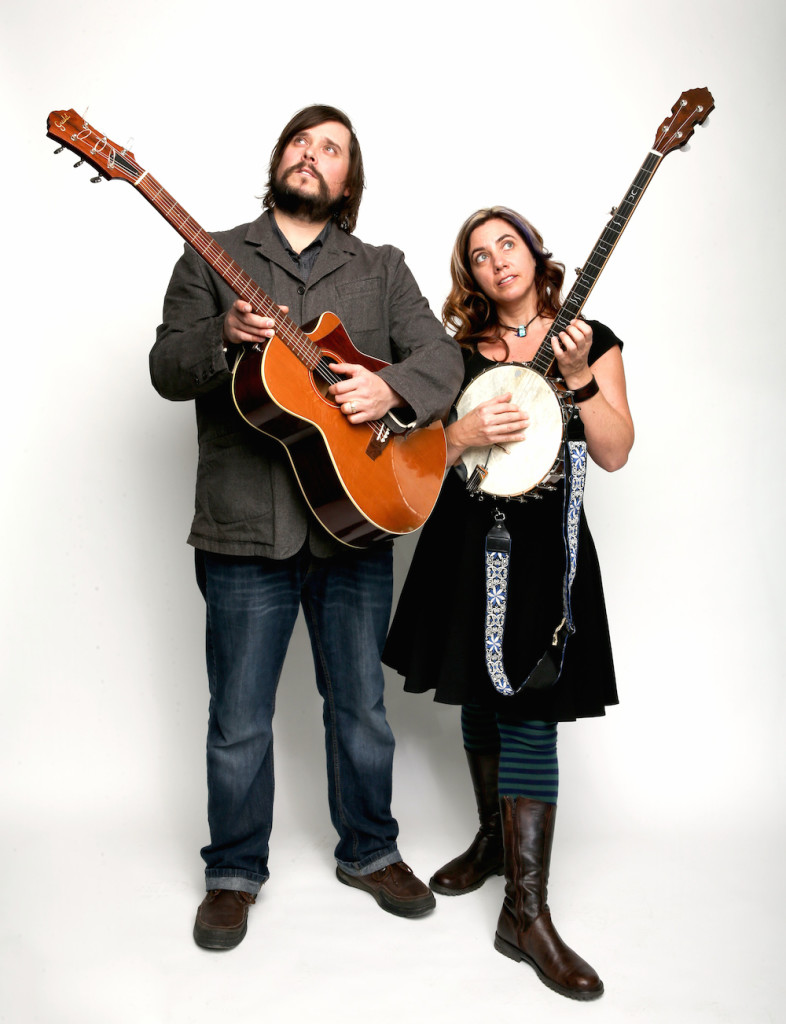 The Small Glories are a brand new musical union between folk/roots artists Cara Luft and JD Edwards.  Based in Winnipeg, a city well-known for its long history of remarkable musical talent, the duo is already creating a buzz, with fans and promoters eager to hear the recorded result of their collaboration.  June 2014 saw them head into the studio with producer Neil Osborne, recording an album’s worth of original and traditional material, with a focus on their dynamic and powerful vocal blend and harmonies.

What started as a casual friendship has turned into something quite unexpected and extremely magical, all thanks to the artistic director of one of Western Canada’s premiere live music venues, Winnipeg’s West End Cultural Centre.  JD and Cara were partnered together for the venue’s 25th anniversary concert in October 2012, and they stole the show.  Alas with busy tour schedules and side projects, thoughts of pursuing anything further were put on hold until January 2014, when Cara asked JD to join her on a winter tour. The two received such intense praise from presenters and fans alike that they decided it was time to take the plunge. Their abilities as both strong lead and harmony singers, their shared history of growing up singing in musical families, combined with their songwriting prowess and musical chops all contribute to the uniqueness of this partnership.

Both Cara and JD are no strangers to the Canadian and international music scene.  Juno award winner Cara Luft deserves her solid reputation as one of Canada’s finest live performers and acoustic guitar players, whose engaging, down-home style comes wrapped in a warm and delicious sense of humour. A co-founder of folk trio The Wailin’ Jennys, Cara was the spark behind the group. Her spirit and innate musicianship were instrumental in their rise to the forefront of the North American roots music scene. Since leaving the trio, Luft has wowed audiences and critics across North America and Europe with her performances. Reviewers fall over themselves in praising her original material, her distinctiveness and daring mix of styles, her execution and her eclectic approach drawing on folk, roots and rock. Her albums and live shows make listeners wish they had practiced guitar more. Cara’s the real deal, there’s nothing pretentious about her. And that sense of honesty, integrity, personality and spontaneity permeates both her music and her live shows.

JD Edwards has a voice that defies categorization, one that easily ranges from gentle and melodic to fierce and powerful, leaving listeners begging for more. He is truly one of the finest singers of his time. Mix that with honest, passionate songwriting and it’s easy to see why JD is an enchanting musical powerhouse. To attempt to cage JD’s style in a singular genre would result in frustration for any music aficionado. With his 6-piece JD Edwards Band, listeners are enrobed in a concoction of country, blues, R & B and soul, with a healthy dose of good ‘ol rock and roll. In the musical collective Dry Bones (with Leonard Podolak of The Duhks, Nathan Rogers and Gilles Fournier), JD sings old-time, Americana and original tunes as though they were his birthright. Tack on his energetic live performances and it’s impossible to resist a personal connection with JD’s contagious optimism and love for his craft.

Together as the Small Glories, Luft and Edwards are a tour de force, ready to take the music world by storm.