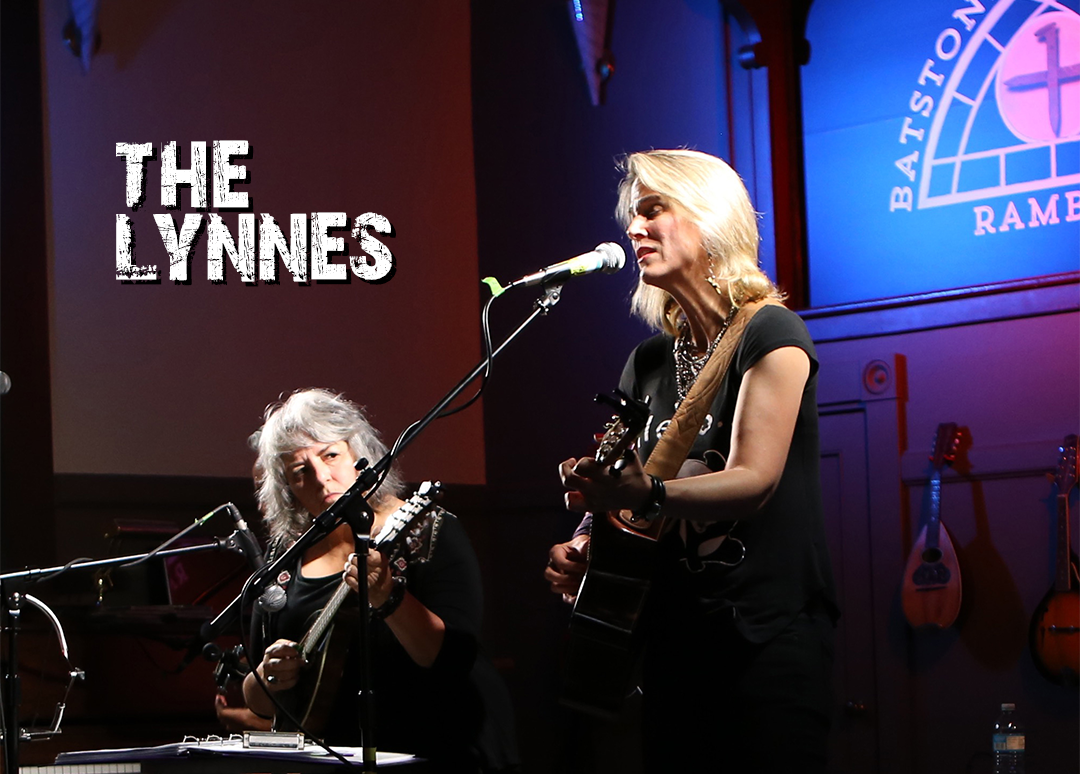 The LYNNeS are Canadian heartbreak poets Lynn Miles and Lynne Hanson. The two songwriters are not new to working together, having toured and written songs off and on over the past 10 years, and with Miles having produced two of Hanson’s albums (River of Sand, 2014 and 7 Deadly Spins, 2015). For THE LYNNeS songs are what matter the most, and their debut album “Heartbreak Song For The Radio” pairs hauntingly gritty lyrics with tight vocal harmonies.

The duo adopted an old school approach to recording their album, choosing to record to tape and recording all the bed tracks and many of the vocal and acoustic guitar parts live off the floor at Little Bullhorn Studio. Tracks like “Don’t Look Down” and “Dark Waltz” showcase the unmistakable touch of Juno-award winning guitarist Kevin Breit (Norah Jones, KD Lang, Rosanne Cash). The infectious “Recipe for Disaster” highlights the songwriting duo’s knack to craft a catchy melody and memorable lyrics, while the radio-friendly title track “Heartbreak For The Radio” begs for the listener to hit repeat. The athletic groove of the funky “Halfway To Happy” is a brilliant counterweight to the airy “Blue Tattoo,” which would not be out of place on a Fleetwood Mac album.

Each song on the album is a co-write, producing a truly collaborative effort, drawing on the strengths two Lynn(e), to create a sum greater than two individual parts.