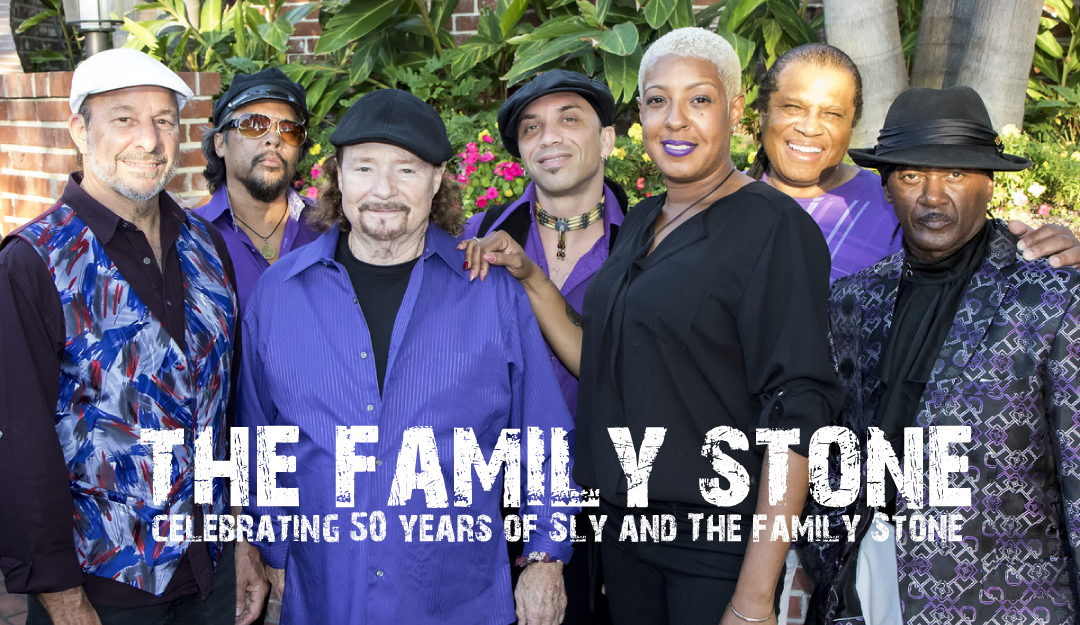 As the calendar flips into 2018 it marks the 50th anniversary of Sly and the Family Stone, the ground-breaking interracial band from the San Francisco Bay area that created an amazing and timeless body of work between 1967 and 1974.

Fusing soul, funk, rock and psychedelic sounds, the Family Stone provided a soundtrack to the times with tunes like Stand, Everyday People, Dance To The Music, Thank You (Falettimme Be Mice Elf Again), Family Affair, I Want To Take You Higher, M’Lady and Hot Fun In The Summertime.

No wonder the Family Stone was inducted into the Rock and Roll Hall of Fame in 1993, influenced greats like Prince, and that their material has been sampled by many hip hop stars.

Roots and Blues is pleased to announce that “The Family Stone” featuring Rock & Roll Hall of Fame inductees and original founding members of Sly & The Family Stone, Jerry Martini and Greg Errico, plus Sly Stone’s daughter Phunne Stone, will be appearing at the festival on Saturday August 18, 2018.