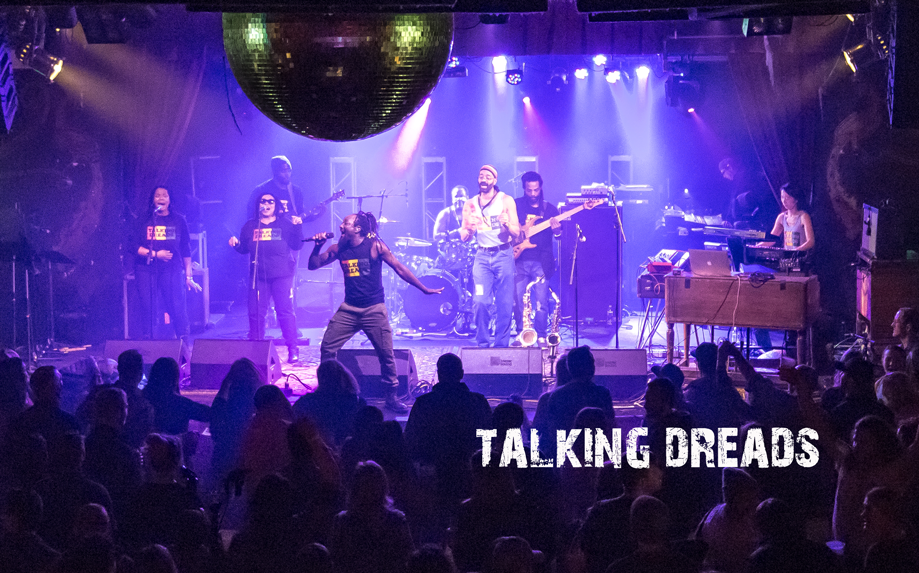 Hardcore Reggae fans will witness the Canadian performance debut of Talking Dreads at Roots & Blues ’17. Talking Dreads is the brainchild of Head Dread, Mystic Bowie, a Jamaican artist whose long and close relationship with Chris Franz and Tina Weymouth, founding members of Talking Heads and Tom Tom Club, began when he joined the latter group as a singer in 1996. He then recorded and performed with Tom Tom Club for nearly twenty years and continues to make magic from their unending collaborations. In addition to the groove-laden retakes of Talking Heads’ classics, Talking Dread’s debut recording also includes two timeless pop bonuses: “Piece of My Heart”, so often attributed to Janis Joplin, and “Shakedown Street”, a song near and dear to the Deadhead nation.

“If audiences have even a fraction of the fun listening to this as we have making it, we’ll return to the studio to skank-ify more great songs in the near future”, says Bowie.