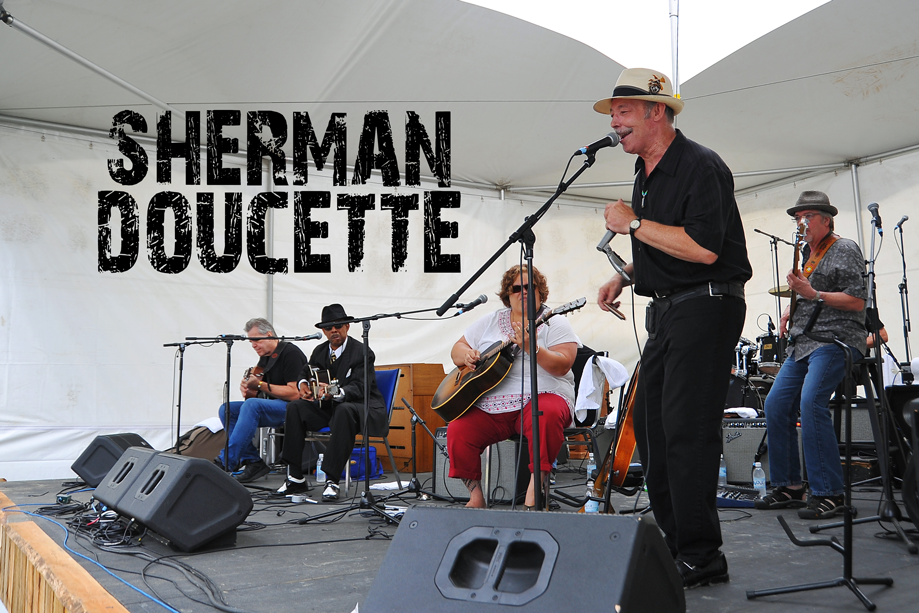 A force on the Canadian blues scene, and one of the long-time sparkplugs of the interior’s roots music scene, Sherman “Tank” Doucette finds his way into the Roots & Blues line-up one way or another, and we’re glad he does.

This year, the harp playing, singer and bandleader is making his way to the festival as part of Kenny “Blues Boss” Wayne’s hard-hitting unit that will play main stage Saturday night. Utilizing Sherman’s considerable skills and boundless energy made assignments without Wayne easy to pinpoint.

Sherman will be cranking out originals and choice blues classics at workshops on the CBC Blues Stage with friends like Charlie Jacobson, and veteran American and Canadian greats like John Primer and Dave Essig. If you’ve never caught up to this lifelong bluesman, track down copies of his latest albums Blowin’ Through Town and Harp and Soul and you’ll be inspired to catch up with Sherman at a couple of his festival pit stops.