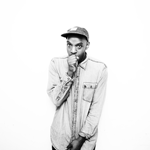 Shad is a critically-acclaimed MC, regarded for his humour, honesty, and intelligence. His fan base graciously received his first two albums, and his third LP, TSOL, continued to pique new levels of international interest.

Born in Kenya to Rwandan parents and relocated to Canada shortly after, Shad has nurtured a broad range of interests and experiences since his formative years, including, of course, a passion for music. After high-school Shad put his nose to the grindstone and wrote his first songs while studying business at Wilfrid Laurier University where he later graduated with a Bachelor’s degree. Sprung from his dorm-room and financed by the 17 500$ winnings from an unsigned talent competition, Shad’s first record When This Is Over was released in July 2005, and was characterized by overt introspection and social awareness. An unadulterated glimpse of young-adulthood, the self-made album bore promise of even greater accomplishments.

When 2007’s The Old Prince was released on Black Box Recordings, critics immediately incorporated Shad into the dialogue among the most well-regarded MCs in North America. The Juno Awards, the most prestigious honor in Canadian music, nominated the album as Rap Recording of The Year. The Old Prince was also named an official contender for the cutting edge Polaris Music Prize in 2008.

His third album, TSOL, continued his thoughtful approach which traverses soulful arrangements with sharp, progressive lyrics. Since its release on Black Box/Decon in 2010, TSOL was named a shortlist nominee for the Polaris Music Prize – Shad’s second consecutive nomination – and won the 2011 Juno Award for Rap Recording of the Year.

Between tours and stints in the studio, Shad also completed a Master’s degree in Liberal Studies at Simon Fraser University, graduating with an M.A. in 2011. With a supportive fan base growing around the globe, Shad has been hard at work on his 4th album, hoping to continue to inspire hope and joy while exploring the depths of his wide-ranging ideas and experiences.