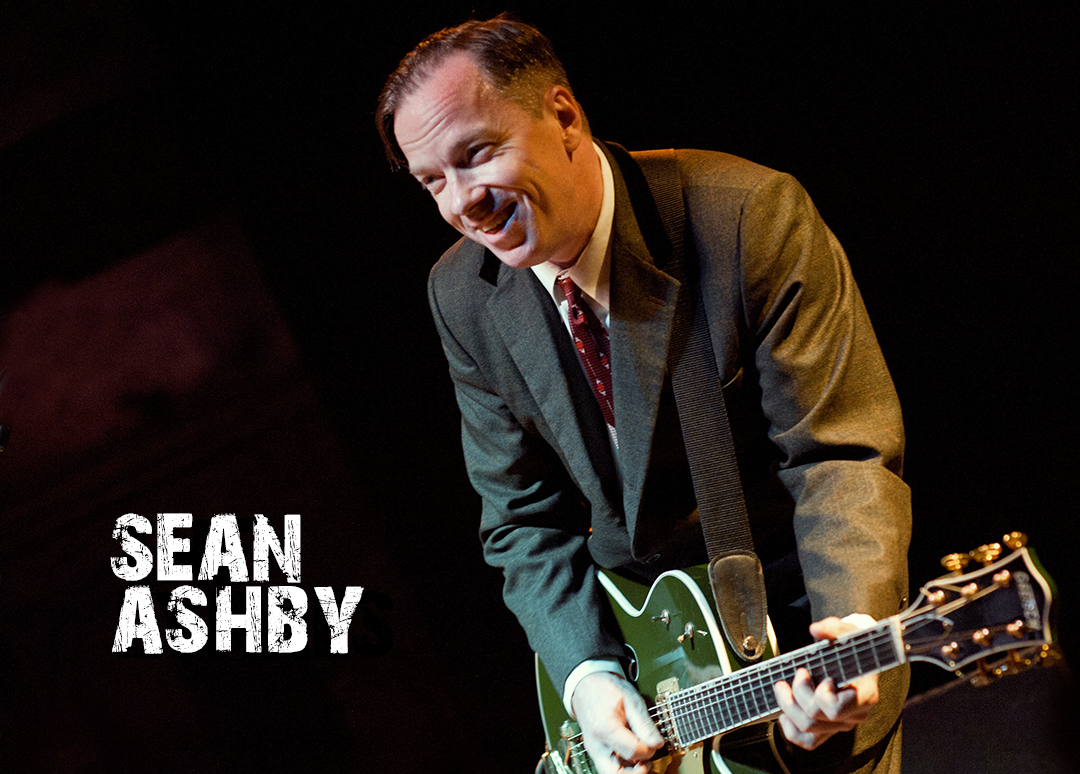 Chances are, if youve had a radio on today you have heard his guitar playing. As one of North Americas go-to guitarists, Sean Ashby has played and recorded with Sarah McLachlan, Delerium, Ginger (former Grapes Of Wrath),and many more. Ashby, is a singer /songwriter/guitarist/producer who released his debut album Brass and Gold on Black Sparrow/Universal in April of 2008.

Sean has 5 solo albums out . After 10 years as leader of the award winning band Jack Tripper. Sean Ashby has am impressive musical palette. His solo albums have received favorable reviews in important Canadian publications such as Exclaim magazine and the Vancouver Province, and received airplay on college radio and across the country on CBC radio.

McLachlans guitarist on the original Lilith Fair, as well as the Mirrorball and Afterglow albums , Ashby appeared with her on Just Like You (Cats In The Cradle) for D from Run DMCs solo CD. Also with Sarah, he received two 4 x platinum US discs and one diamond Canadian disc for studio and live CDs. He has appeared on the Grammy Awards twice, The Tonight Show with Jay Leno five times, SNL and David Letterman three times, as well as other major TV shows. Seans guitar playing has appeared on CDs with sales in excess of 10 million copies worldwide… so far.