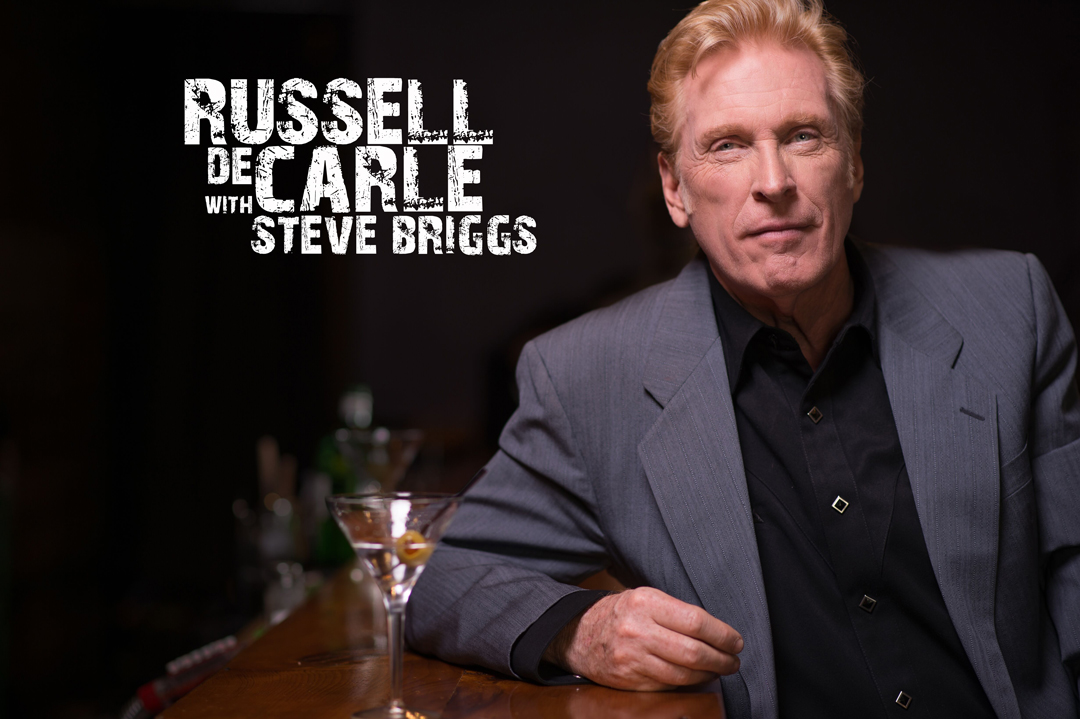 It’s late, and the bar is crowded. The music is loud, and people are dancing. The bartender needs a smoke, and you could use a smile, a conversation, a moment of recognition… But you are alone in this crowd, along with the singer Russell deCarle. Like him — and his music — you are holding it together with equal measures of heartbreak and hope. So join Russell; sink into his third album of songs that touch the heart, celebrate the truth, and provide warmth and company in the noise of the crowd.

Alone in this Crowd is the title of Russell deCarle’s third album; it feels like the soundtrack of a movie in the days just before they invented Technicolor.?And, even more than his two previous albums, it may surprise those who remember deCarle as the lead vocalist and bassist of the iconic Canadian country roots band Prairie Oyster. He is no stranger to awards and accolades — his “Oyster years” were rewarded with six Juno Awards, more than a dozen Canadian Country Music Awards and enough gold and platinum records and #1 singles to fill a living room wall.
?The truth is, though, that Prairie Oyster was always more than a “country” band, and deCarle’s warm, burnished and intimate voice has always honoured an eclectic range of songs.

?True to form, Alone in this Crowd offers a fluent collection of songs that mix southern soul and restrained balladry, with obvious touches of jazz, blues, old-school country, and western swing. Russell deCarle’s songwriting has absorbed all those influences, and he avidly listens to smooth soul singers and the men and women who made early country music so compelling. Like his previous (debut) solo album Under the Big Big Sky, there are eight original songs here, and three covers.

He surrounds himself with brilliant players, and the crew on this record is superb. Guitarist Steve Briggs is, as always, subtle, tasteful, and understated, but central to deCarle’s sound; bassist Russ Boswell is, simply, the perfect foundation. Drummers Al Cross and Jorn Anderson can be heard on different tracks, as well as singers Cindy Church, Erin Costelo, Karla Crawford and Michelle Willis. Other guests include Denis Keldie (accordion), John Sheard (piano) and Chris Whiteley (harmonica). deCarle, Briggs and L. Stu Young share production credits.
For some artists, the urge to make solo records asserts itself almost as soon as they start to gain attention as part of a successful band. Not so for deCarle: “For decades people were asking for a solo record,” he says, “but I never thought I was ready and the band always satisfied the musical part of my life.”

But that was then and this is now.

This third record is a perfect example of what you get when you hear this artist live — in a club, in a concert hall, or at a festival.?“I want people to be emotionally invested in these songs, whether I wrote them or whether they were created by others,” he says. “If they touched audiences in some way — well, that would be the best thing that could happen.” ?It’s his personal objective whenever he performs. “I’m a music lover first and foremost — a product of all the stuff I’ve ever listened to — and my tastes are very broad.” ?“To me, this is a torchy, bluesy record more than anything else. And I know in my heart that it’s something that people who hear it will understand immediately….”
–Richard Flohil, Fall 2017