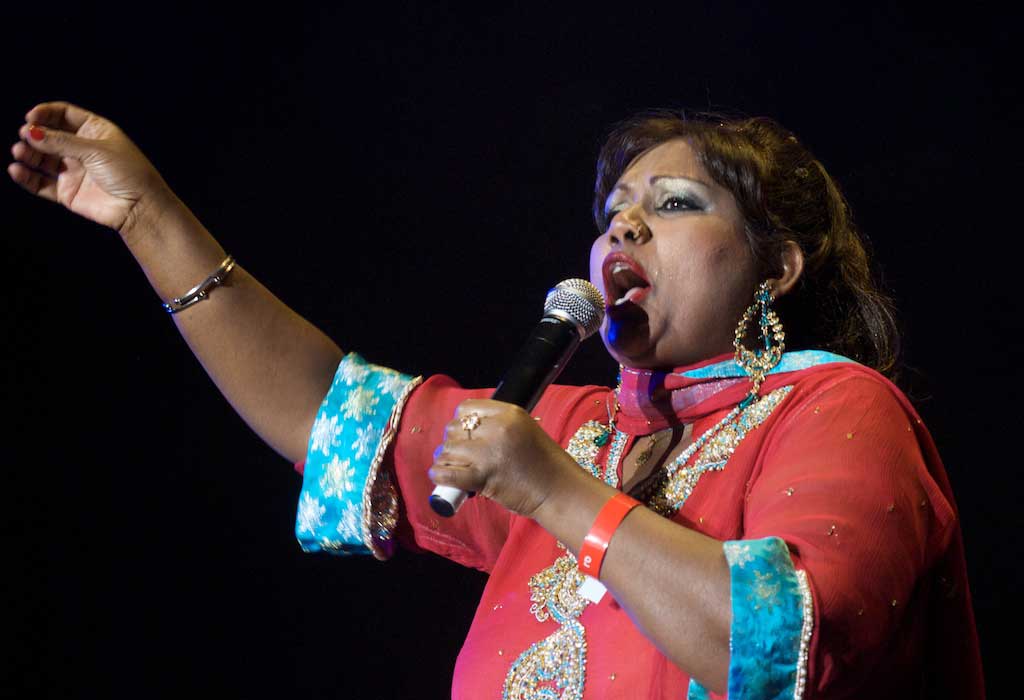 Riffat Sultana channels the musical wisdom of 500 years and eleven generations of master musicians in her family in India and Pakistan. But in all those years, she is the first woman to sing in public. For a Muslim woman in a traditional country, such a career simply was not appropriate. Perhaps one reason her performances today have such overwhelming emotional power is that she sings for all the woman in her distinguished family who never had that chance before. For Riffat, it took moving to the United States to free her musical soul. Now, her amazing voice is being heard around the world, including a featured spot in the 2004 We Are The Future concert, produced by Quincy Jones in Rome, Italy. Where doors were always closed to her, now they are opening everywhere, and Riffat has collaborated with singers and songwriters from all over the world. At last free to create and perform as she pleases, Riffat now leads a unique, intimate acoustic ensemble featuring tabla, world percussion, and her husband Richard Michos on guitar. The Party, as she calls it, is the perfect vehicle to showcase one of the most passionate and exciting new voices in world music.