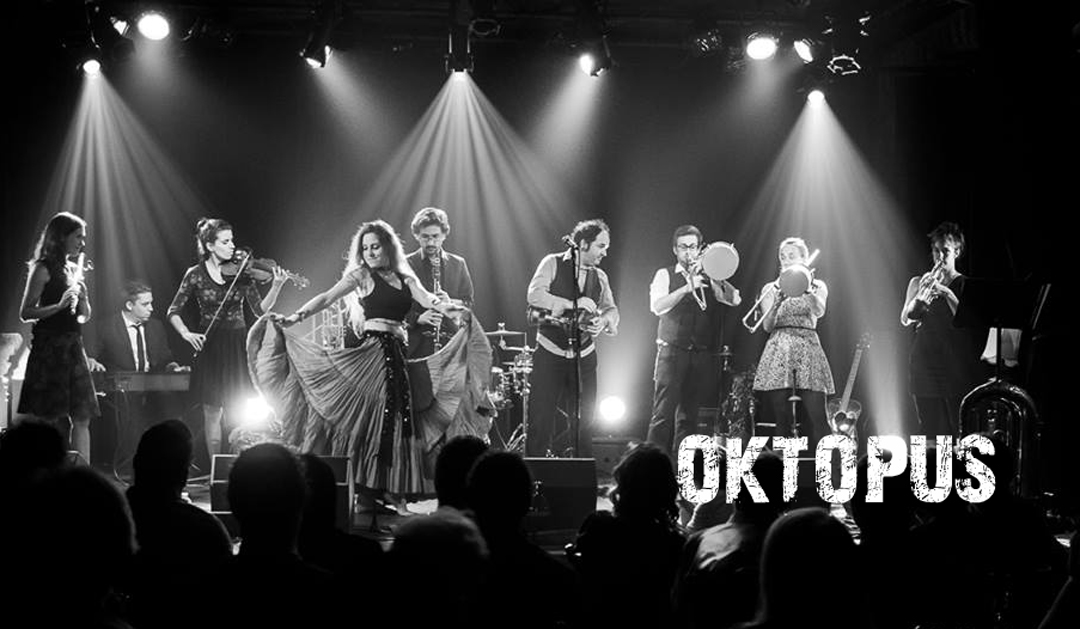 The instrumental creature known as Oktopus extends its creative tentacles across the landscape of East European music with an effervescent concoction of new and reinvented elements of the repertoire. The group was founded in 2010 by Gabriel Paquin-Buki, who from, the outset, has signed dozens of arrangements from the traditional klezmer repertoire, as well as from classical, pop and Québécois music.

More recently, he has contributed, along with violinist Vanessa Marcoux, new compositions to the group’s repertoire. Since its debut in 2012, Oktopus has roamed across Quebec, Canada and Europe. Some of the performances include, among others: Nuit blanche de Montréal en lumière at the Théâtre du Nouveau Monde, the Gaspé Festival de Musique du Bout du Monde, the Fête de la Musique in Mont-Tremblant, the Ashkenaz Festival, the Franco Festival in Calgary and the Fêtes de la vigne. An Oktopus performance whisks listeners away on a vibrant journey, following the trail of the klezmorim across Europe, then eastward to the moving sands and sounds of the Maghreb, and as far east as the Urals, where its soulful renditions of the oral traditions of the Balkans echo the tears of the dispossessed.

The music of Oktopus is a fabulous witch’s brew of traditional East-European melodies blended in with classical masterpieces and a sprinkling of Quebec song for good measure, a Quebecois take on a sort of classical-balkanized klezmer.