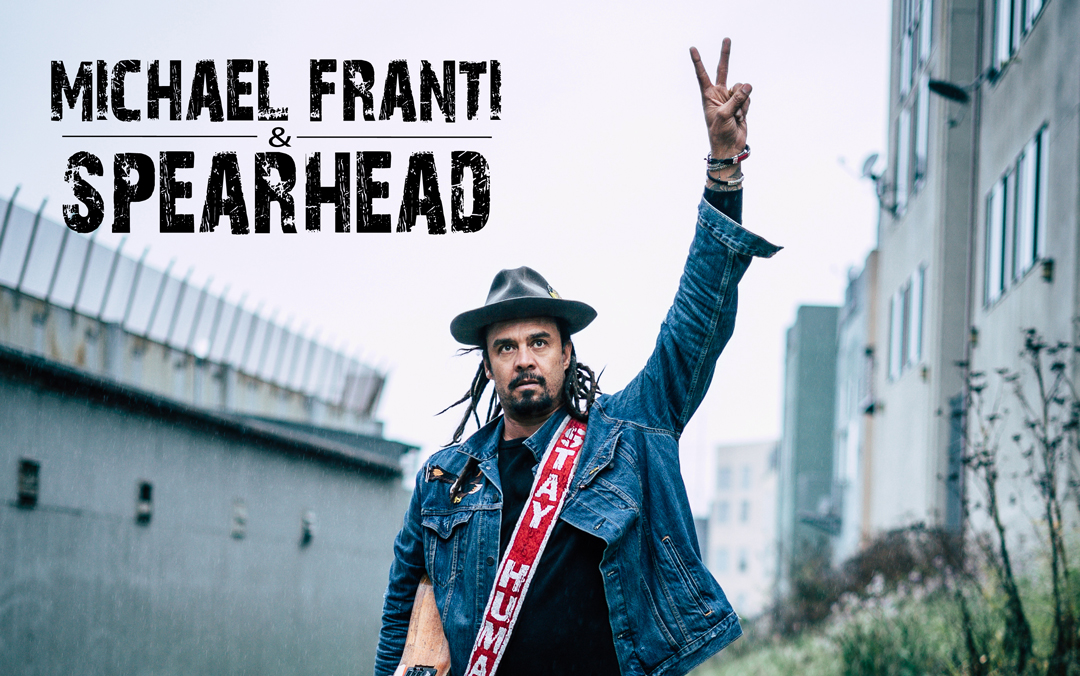 Michael Franti is a musician, humanitarian, and filmmaker who is recognized as a pioneering force in the music industry. Franti believes in using music as a vehicle for positive change and is revered for his energetic live shows, inspiring music, worldwide philanthropy efforts and connection to his global fanbase.

Once an outlier in his message of positivity minded political consciousness, Franti has found that message gaining momentum in the mainstream in recent years, a phenomenon that compelled him to push his artistry even further, stating “I feel a deeper sense of purpose in music today than I ever have in my career. My goal is to make the most inspiring music I possibly can for this intense, crazy and wonderful time we’re all living in.”

Michael Franti & Spearhead will be kicking off their “Stay Human” Tour at BottleRock Napa on May 26, 2018 and releasing their 10th studio album in June. This summer’s tour features special guests, Dustin Thomas, HIRIE, AHI and Victoria Canal. Franti’s Stay Human full-length documentary, featuring songs from the new album, premieres at the Asbury Park Music + Film Festival on April 27 and will be screened at U.S. and International film festivals throughout 2018.