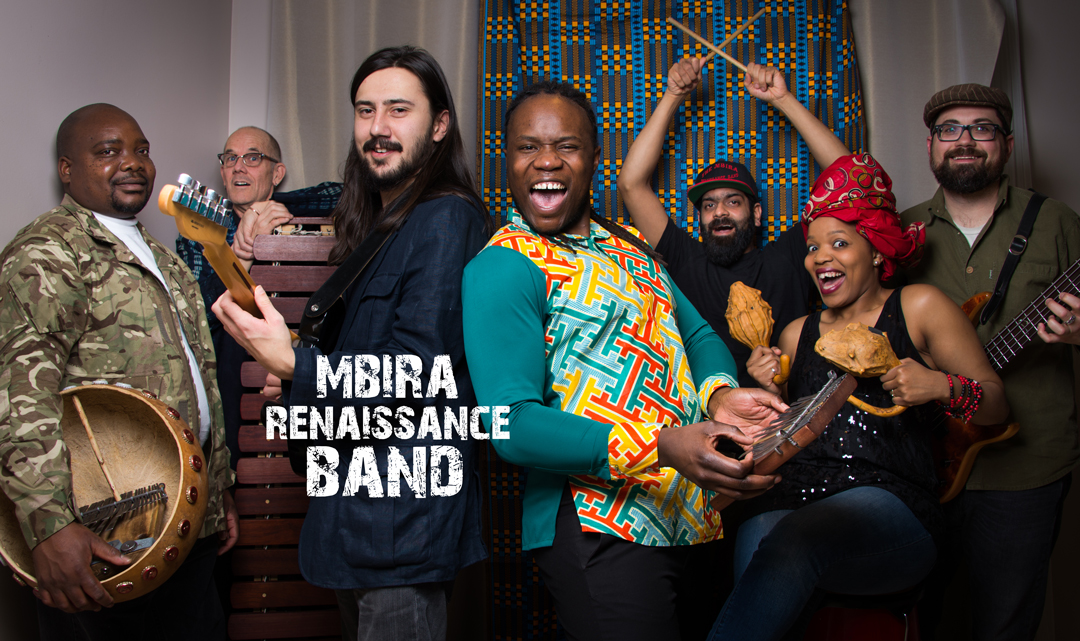 The Mbira Renaissance Band is an afro-fusion, mbira inspired band based in Edmonton, Alberta. Since forming in 2013, the band has quickly become a staple in the world music seen in Edmonton and Alberta as a whole. The band’s infectious polyrhythmic sound is built around the Zimbabwean mbira (played by Chaka Zinyemba, Ronald Nyandoro and Sandy Ockenden) and is inspired by Zimbabwean greats such as Thomas Mapfumo, the Bhundu Boys, Andy Brown and Chiwoniso Maraire.

The majority of songs are upbeat, dancy and weave elements of traditional mbira, jazz, reggae and afro-pop. The lyrics (sung predominantly in the Shona language by vocalists Chiedza and Chaka Zinyemba) tell stories of love, migration, African – Canadian connections and a love of culture and tradition. The electric guitar (Michael Campbell) and marimba are weaved into unforgettable solo’s while the drums (Vinay Jhass) and bass (James Stuart) provide a powerful, steady backline. A blend of visually appealing traditional and contemporary dancing by leads Chaka and Chiedza Zinyemba complete the bands routines – and members of the audience are often encouraged to join in!

The band is a regular at the Blue Chair Café in Edmonton, was nominated for the 2017 Edmonton Music Awards in the World Music and People’s Choice categories and has performed in Alberta, in British Columbia and Oregon, USA.

Members of the Band
The band is proud of the diversity and global experience it brings to the Canadian local music scene and this is reflected in its’ line up. Chaka, Chiedza and Ronald are all from Zimbabwe. Having moved to Canada between 2008 and 2015, they bring the band’s Zimbabwean flavor to the music. Sandy who moved to Canada as a child has a wealth of experience from decades spent travelling and teaching. He has been playing mbira and marimba for more than 20 years. Mike is currently completing a degree in music at MacEwan University and brings with him years of experience as a jazz guitarist. James who was born and raised in Edmonton, like Sandy-also brings with him perspectives from teaching overseas after spending many years in Japan – where he first discovered a style of mbira music. Vinay holds the band together on the drums and brings with him his experiences and perspectives of being raised in a musical family of Indian ethnicity and Tanzanian roots – in Edmonton!