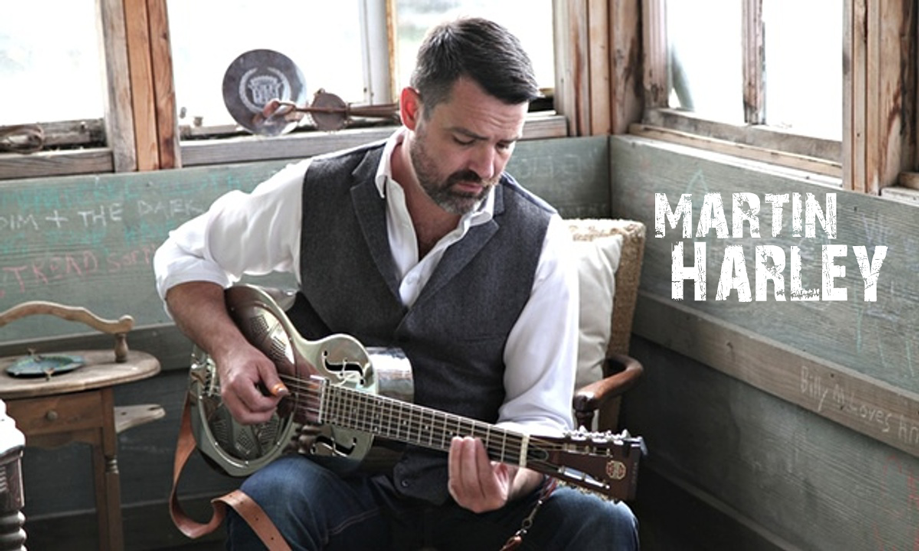 Please note there has been a time change for this concert. We had to move to a 7 pm start due to a scheduling conflict in the afternoon. Hope this is okay for those who have already purchased tickets. If you are still looking to get tickets they are available on line: acousticavenue.tickit.ca or in person at Roots and Blues office or Acorn Music or by reservation by calling The Handmade Shoppe 778-489-5048. Doors open at 6pm.

From England via Wales comes one of the hottest young proponents of the blues-folk tradition on the other side of the pond.

A triple threat as a fine singer, instrumentalist and songwriter, Harley has been creating such a buzz in his backyard that he has landed coveted and multiple spots at the Glasonbury Festival (Avalon Main Stage), landed tours and opening slots with artists like Bruce Hornsby and Iron and Wine, received considerable airplay on BBC and landed on the Euro Americana charts while going on full length tours in theatres and classy cabarets through Germany, France and England..

Not that Harley hasn’t ventured to North America before, his last two albums were recorded stateside, the latest being the duo disc Live at Southern Ground with upright bassist Daniel Kimbro a mainstay with the Jerry Douglas Band. He also showcased with great impact at the most recent Americana Music Conference in Nashville and Kimbro will be supporting Harley at Roots and Blues.

Along with his stand alone concert at Roots and Blues, Martin Harley will be no doubt be part of some smokin’ hot chemistry on our blues and singer-songwriter workshops.

Oh yeah, and he’s also performed at Royal Albert Hall and completed an entire tour on a bicycle and broken the world record for the highest gig ever and no we aren’t sure if that has something to do with substances or altitude!

“With depth that accompanies wisdom, the grit of anxiety and influences of yesteryear’s troubadours, enter Martin Harley: an artist fitting perfectly into your broken heart” – www.grammy.com