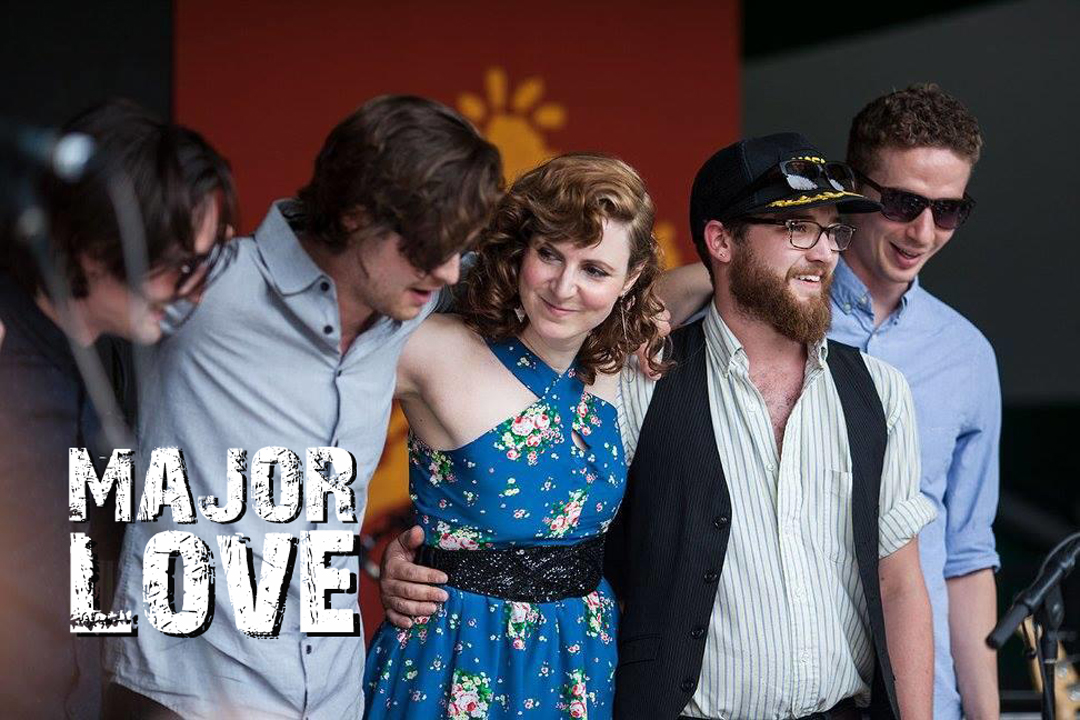 MAJOR LOVE is the moniker of Canadian songwriter and multi-instrumentalist Colleen Brown – and a new album featuring members of Scenic Route To Alaska, Jesse and the Dandelions, Elijah Abrams, and Aaron Goldstein. From Edmonton, Alberta by way of Kingston, Ontario, they make soulful pop-rock music for their hoser friends.

With versatile songs and a voice akin to Joni Mitchell, Colleen Brown is relentlessly unafraid. In 2015 she released her 4th solo studio album ‘Direction’ – co-produced by Joel Plaskett – topping college radio charts, and touring Canada, Germany and the UK. Kerry Doole of exclaim.ca says ‘she is the rare vocalist that impresses equally on vibrant soul and quiet folk…travelling in Brown’s Direction is one very pleasing trek.’

The new album ‘Major Love’ is the first under this new moniker, and was conceived in the lamplight of London’s Bedroom Bar during that first tour overseas. Edmonton rock trio Scenic Route To Alaska were also wrapping their first tour in Germany and the UK, promoting their newest album. The two acts found themselves on the same dimly lit stage in Shoreditch, 7000 kms from their home-town, bonding over an appreciation of vintage Harmony guitars, singalong pop/rock anthems and an affinity for the spacious, soulful recordings released on the Stax and Motown labels in the 1960’s.

An album was tracked live off the floor a month later, during a summer heatwave in Edmonton’s True North Studios with Jesse Northey (Jesse and the Dandelions) on keys and faders. Contributions from multi-instrumentalist Elijah Abrams followed, with mixes and co-production by Toronto- based pedal steel guru Aaron Goldstein, along with Kenneth Meehan (Daniel Romano) and the singalong single ‘So Good’ mixed by Brooklyn’s prodigious hit-makers Gus van Go and Werner F. The album will be released on Latent Recordings (Warner) on Aug 17, 2018. The first single ‘Tear It Down’ is currently in heavy rotation on CBC Radio 2 (where it hit #4 in the Top 20) and CBC Radio 3.

Two other songs from this album have also been lauded for their song-craft. ‘Motherland’ – written essentially as a love-letter to Alberta – won a province wide songwriting contest in 2015 through the ATB competition, to the tune of $10,000; and the powerful ballad ‘I Love All Of You’ was a finalist in the Unsigned Only International Songwriting Competition for 2017.
These songs thrive at the intersection between Brown’s resonant vocal expression and SRTA’s spirited swagger. It is music to move body and soul.