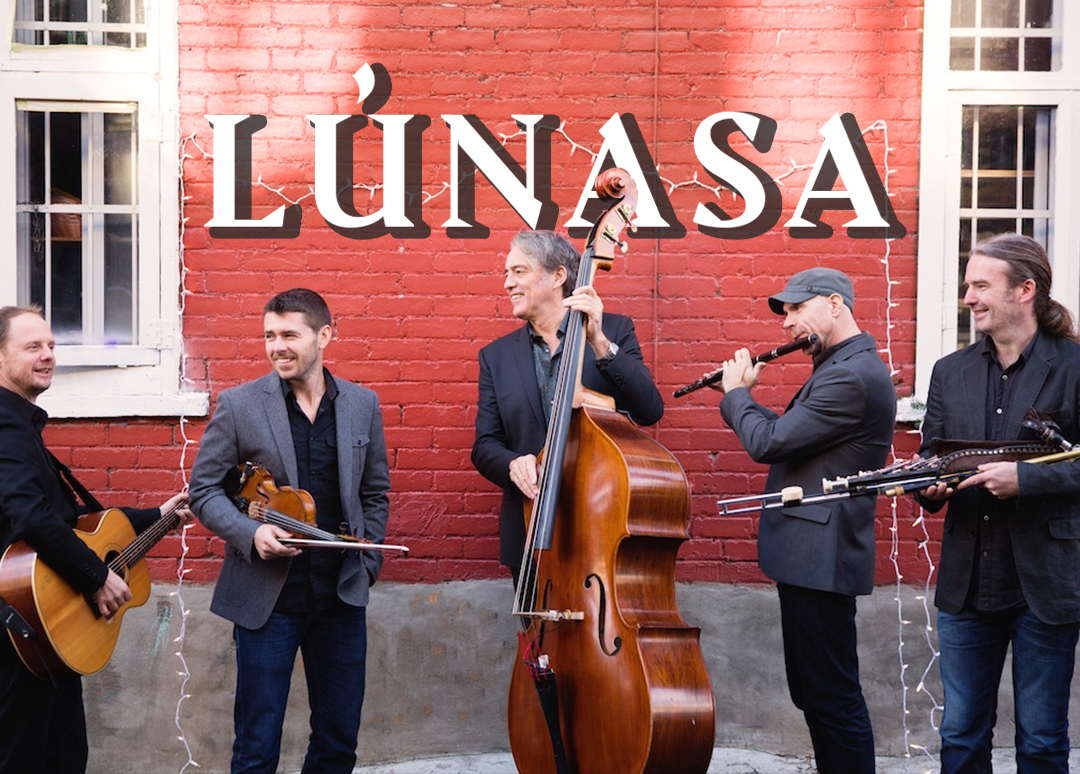 Lúnasa is internationally acknowledged as being the finest traditional Irish instrumental band of recent times. They are renowned for their stunning shows honed by superb musicianship and a constant touring cycle, performing over 1,500 shows across 36 countries since the band formed in 1997. The band has appeared at internationally renowned venues such as The Hollywood Bowl, National Concert Hall (Dublin), Sydney Opera House and Moscow International House of Music. They have been invited to appear at the White House and often perform with major symphony orchestras.

Their arrangements and unique music create a sound that has propelled Irish acoustic music from familiar into surprising and exciting. Their recordings have been hailed as some of the best and most important world music albums anywhere, while their blend of intelligence, innovation, virtuosity, and passion has brought them to the forefront of Celtic music.

Learn more about Lúnasa at their official website –  www.lunasa.ie