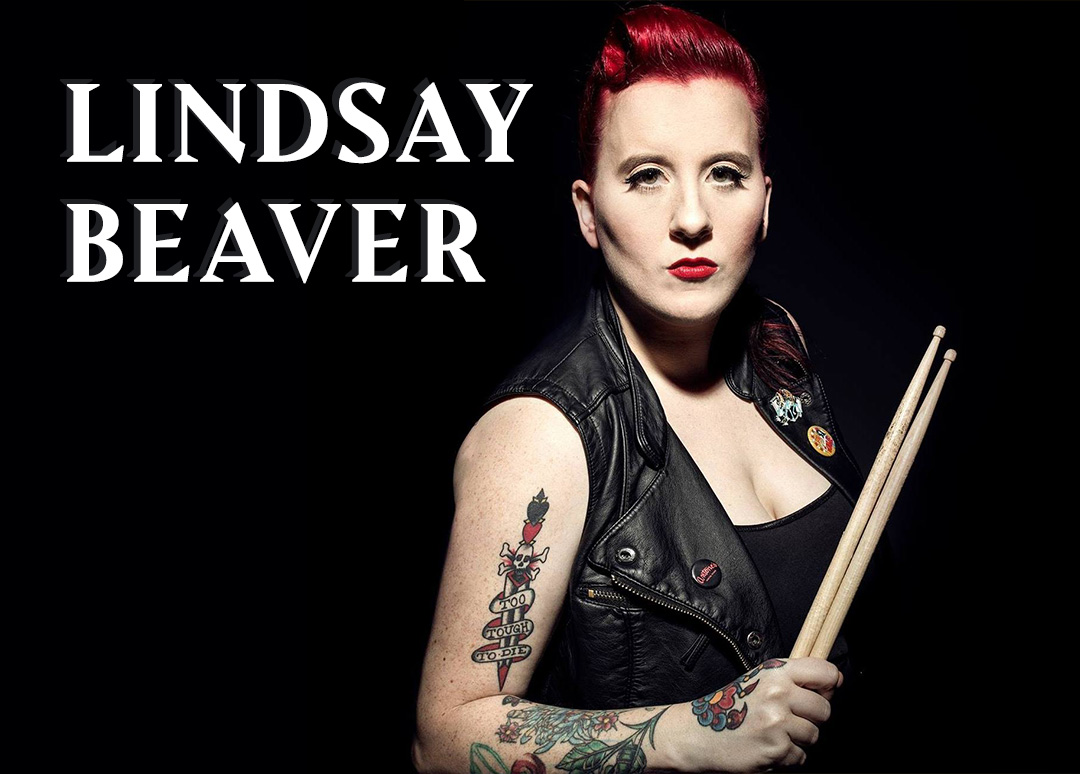 When blues-rocking, soul-singing drummer, songwriter and bandleader Lindsay Beaver takes the stage, she makes an immediate and unforgettable impression. Standing front and center at her kit, singing every song from the depths of her soul, she delivers blues, R&B and old school rock ‘n’ roll with punk rock energy, and sings with a voice brimming with attitude and soulfulness. She comes at every song with urgent intensity, soul-baring emotion, a distinct swagger and a take-no-prisoners confidence. With influences ranging from Little Richard to The Ramones, from Billie Holiday to Queens of the Stone Age, Lindsay has crafted a timeless sound and personal style that simply cannot be denied.

Hailing from Halifax, Nova Scotia, Canada, Beaver possesses an old soul at the young age of 33. She is a classically trained vocalist and a jazz-trained drummer with a deep love and knowledge of roots music, from blues to jazz to R&B ballads to raucous rock ‘n’ roll. Live and on her recordings, she lays it all on the line, performing her signature mix of unforgettable originals and dance floor-filling versions of songs by artists as diverse as Sam Cooke and The Detroit Cobras. Her Alligator Records debut, Tough As Love, introduces her as a true force of nature with a sky’s-the-limit future.

Tough As Love, produced by Beaver, was recorded in Lindsay’s current hometown of Austin, Texas. She wrote seven of the album’s twelve tracks, the striking originals melding seamlessly with the perfectly-chosen covers. Her deep understanding of blues and roots rock traditions is a launching pad for her songs, combining electric urgency with skill and finesse. Tough As Love honors some of Beaver’s inspirations (including songs by Little Willie John, Angela Strehli and Art Neville) while introducing her own instantly memorable songs. Along with her touring band—guitarist Brad Stivers and bassist Josh Williams (“they are the glue that holds it all together,” she says)—well-known friends including Marcia Ball, Dennis Gruenling, Laura Chavez, Eve Monsees and Sax Gordon all add their talents to the proceedings. According to Beaver, “These are all folks that I’ve admired or wanted to perform with for years. It was important for me to highlight people that have inspired me.” From the first song to the last, Tough As Love is rough and raw, fearless and moving.

Learn more about Lindsay Beaver at her official website: www.lindsaybeaver.com