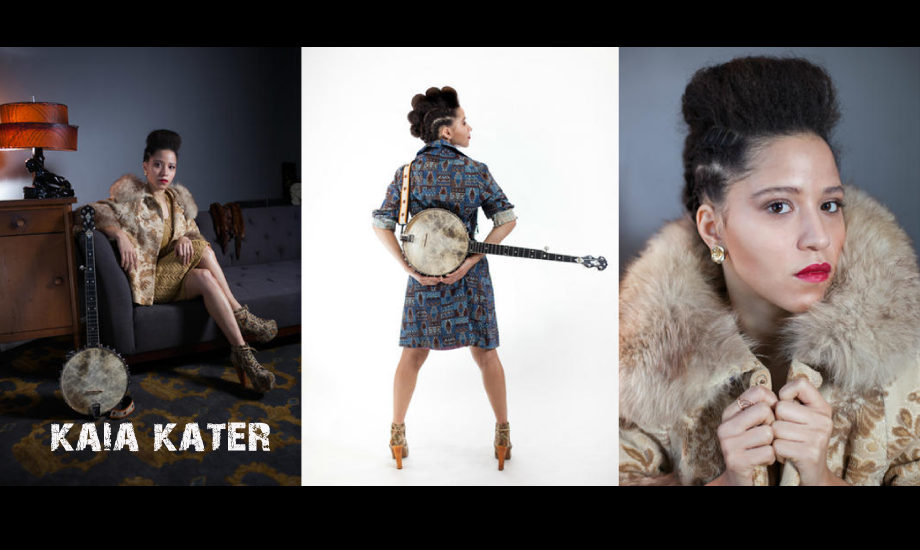 The new album from young African-Canadian roots phenom Kaia Kater couldn’t come at a better time. As a new generation takes the reins, American roots music is needed more than ever to remind us of the troubled pathways of our own history. Born of African-Caribbean descent in Québec, Kaia Kater grew up between two worlds: one her family’s deep ties to Canadian folk music in her Toronto home; the other the years she spent learning and studying Appalachian music in West Virginia.

Her acclaimed debut album Sorrow Bound (May 2015) touched on this divide, but her new album, Nine Pin (May 2016), delves even further, and casts an unflinching eye at the realities faced by people of colour in North America every day. Her songs on the new album are fueled by her rich low tenor vocals, jazz-influenced instrumentation, and beautifully understated banjo, and they’ve got as much in common with Kendrick Lamar right now as they do with Pete Seeger.

Recorded in just one day in Toronto, Nine Pin was produced by both Kater and acclaimed Canadian artist Chris Bartos (The Barr Brothers, Jonathan Byrd), who also produced her last album, Sorrow Bound Few artists could pull off such a polished, cohesive album in one day, but Kater felt that this actually lent focus to the project. As a concept album, Nine Pin weaves between hard-hitting songs that touch on modern issues like the Black Lives Matter movement (“Rising Down,” “Paradise Fell”) and more personal narratives speaking to life and love in the digital age (“Saint Elizabeth”). And while these larger stories are deftly crafted, this is really an album of moments. Kater’s a cappella voice speaking to the loneliness of a city in “Harlem’s Little Blackbird” while solo dance steps echo in the background, the muted hesitancy of Caleb Hamilton’s trumpet breaking the trance of “Little Pink,” the smoke of electric guitar that cuts through “Saint Elizabeth,” the wave-like ebb and flow of piano behind the plaintive love poem “Viper’s Nest…” All of these moments point to an artist wise beyond her years.

“…plaintive, mesmerizing…writes and performs with the skill of a folk-circuit veteran…” -Rolling Stone

“You want some authenticity in your folk music or bluegrass – I give you Kaia Kater.” –No Depression

“A star in the making…”
–Folk Alley

“…One of the most remarkable Canadian folk records in some time…Kater’s music is somehow ancient and brand new at the same time.”
–Tom Power, CBC Radio 2