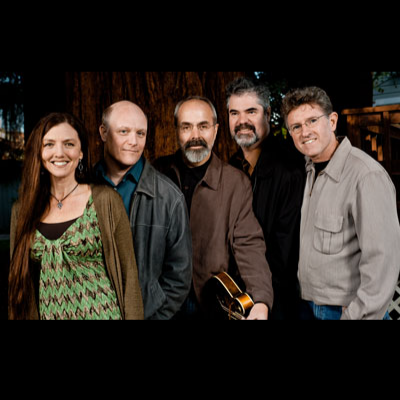 One of the finest bluegrass bands anywhere, John Reischman and The Jaybirds, will be dispensing their high lonesome sound that is found on five outstanding releases. With a fourth critically-acclaimed album and expanded touring schedule, John Reischman and the Jaybirdsare a top-flight band delivering a truly fresh blend of original songs and instrumentals, old-time heritage, and bluegrass power.

Featuring nine new songs and tunes from all five founding band members, Stellar Jays is the latest in a series of CDs to win rave reviews for a trademark, old-time-infused bluegrass sound that respects tradition while advancing the music. The nomination of Stellar Jays for two 2007 Canadian Folk Music Awards follows praise such as this from Nashville Public Radio: “A masterpiece — a fascinating and fresh-sounding collection of tunes that incorporate the best elements of bluegrass and old-time into a killer new sound.”

“On the evidence of Stellar Jays, John Reischman and the Jaybirds are in their prime as contemporary bluegrass musicians capable of
maintaining and extending the music’s legacy,” says Billboard.com.

(Excerpt above is from the artist’s official press release)