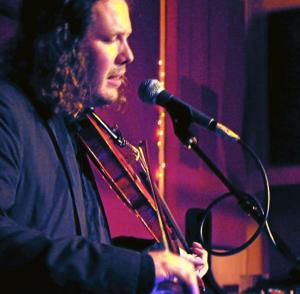 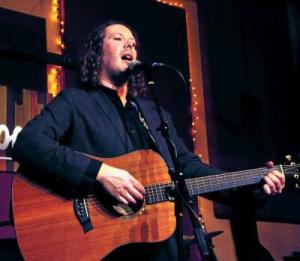 Jason Crosby had an auspicious musical beginning at the age of 2 when he started playing the violin, and shortly after it was discovered that he possessed perfect pitch. As a young boy, he immersed himself in classical music, and was playing piano at a professional level at a very young age. He then took on the guitar, the viola, the French horn and the trumpet and pursued those instruments with equal vigor for many years.  A multi-instrumentalist with extensive and varied musical pursuits, Crosby has previously been a member of such bands as Robert Randolph and the Family Band, Susan Tedeschi Band, and many others. Jason has played on dozens of albums and has toured with members of the Allman Brothers, The Grateful Dead,

Over the last few years Crosby has also toured with artists like Carlos Santana, Eric Clapton, Pete Seeger, the Blind Boys of Alabama and Dave Mathews.
Crosby shines on keys, trumpet, and violin, and his playing and writing combines the eclectic flair and sophistication of the new Southern fusion.
Jason’s playing has graced over forty albums, including Susan Tedeschi’s Grammy nominated blues album, Wait For Me.
In 2013, Jason moved from his native New York to Marin County, California and has been playing and producing music at  Grateful Dead member Bob Weir’s TRI Studios and Sweetwater Music Hall, in addition to performing with Phil Lesh and Friends both on the road and at Lesh’s San Rafael club Terrapin Crossroads. Paul Liberatore of the Marin Independent Journal dubbed Crosby “Marin’s New Super Sideman” in a May 2014 article.