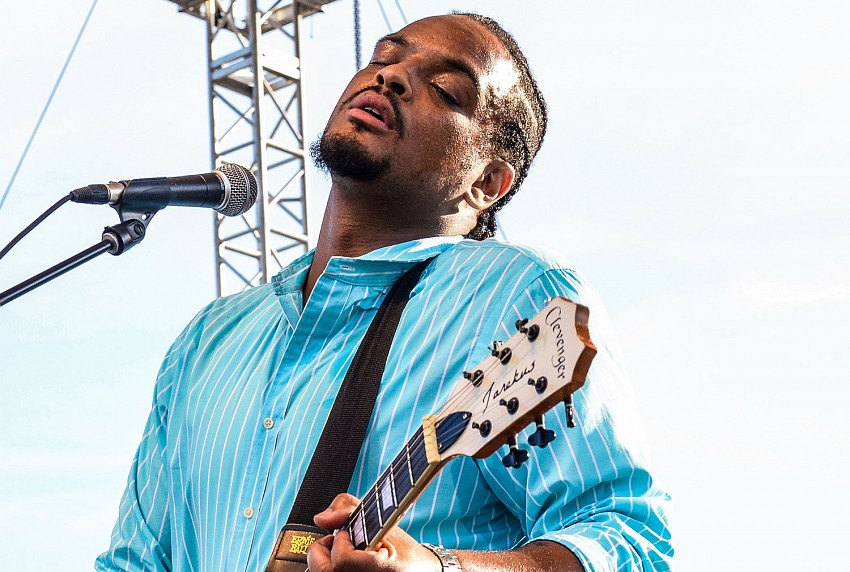 Given the name of our festival it goes without saying that one of the mandates of ROOTS&BLUES is to “get to the heart of the blues”. For 2016 the first “true blue” blues artist we are announcing happens to be one of the hottest young blues performers on the planet, Jarekus Singleton.

Armed with the instrumental power of an Albert King or a Stevie Ray Vaughan and the swagger and stage presence of Jimi Hendrix, Singleton is a writer, singer, player, and bandleader who comes from the same, deep musical Mississippi well as Muddy Waters and B.B. King.

Consider that it was only a few years ago Singleton was first delivering his original lyrics as a rapper, but soon after he began to combine his original lyrics with his blues guitar playing. “I love the blues tradition, and have always been inspired by the masters. But I want to create something for today’s audience that is as original and new as those blues masters were when they first started making records. I want to create blues for the 21st century.” Well Singleton has certainly achieved that aspiration quickly and it’s no wonder he’s being drenched in critical acclaim.

“Jarekus Singleton is destined to be the next big name in the blues world.” –Blues & Rhythm Magazine (UK)