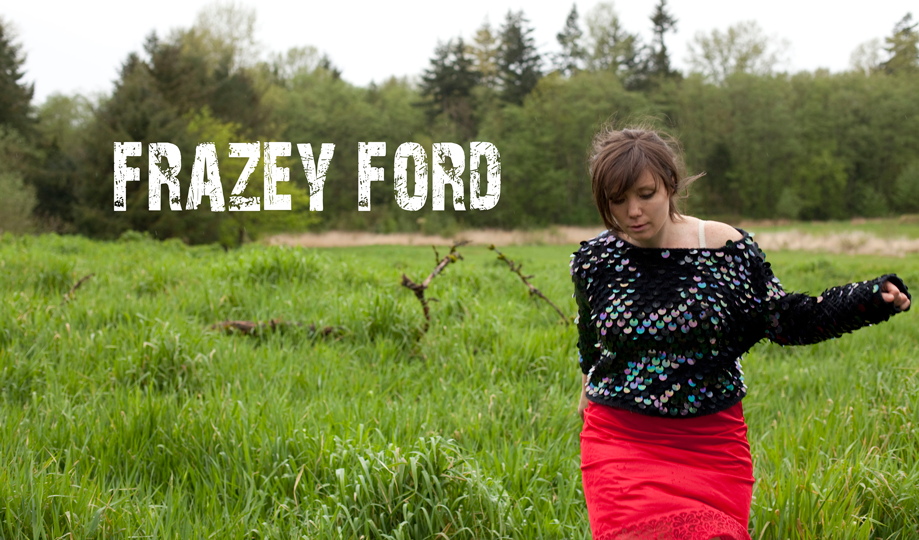 The root of all soul music is freedom-sheer abandon. It’s about luxuriating in the emotions that make us all human. No wonder singer Frazey Ford placed her ear to the earth and tapped into that lush tradition to give voice to her own stories on her newest release, Indian Ocean, an album about pain and dealing with tough truths but also about trust, love contrition and being bold. Ford’s self-possession and passion puts flesh to the musical bones, and you hear a record hit the essence of Aretha’s notion of R-E-S-P-E-C-T.

There’s always been something soulful teeming underneath the honey-dipped tremulous restraint in Ford’s vocals on her Be Good Tanyas records, as well as her solo debut Obadiah (2010). It’s just that this time around, the familiar old-timey rustic harmonies have bloomed, transported into a full-throated ebullience that takes us down to where the rivers run deep.

The story of this album begins with filmmaker Robert Gordon (PBS’s “Can’t Be Satisfied: The Life And Times Of Muddy Waters”), who was working on a documentary on Memphis soul, which focused on Al Green and long-time producer Willie Mitchell’s creative home base, Royal Studios. After Gordon heard Ford’s Obadiah song, “If You Gonna Go,” on the radio, he invited her to come record at Royal Studios in Memphis. That journey sparked a collaboration that eventually became the album Indian Ocean, a unique braiding of warm but tough-minded Memphis soul and vulnerable folk acumen.

For 45 minutes, Ford and some of the most talented veteran soul musicians around cast their spells, lifting songs to sweet heights on each others’ borrowed wings. Part of what gives Indian Ocean its gilded edge is the work of Al Green’s band, The Hi Rhythm Section, the iconic architects of the famous singer’s instrumental sound, and countless others associated with longtime producer Willie Mitchell’s Hi Records Memphis label in the 1970s. Charles Hodges (organ), Leroy Hodges (bass) and Teenie Hodges (guitar), the latter who passed away this year, helped Green pen some of his most famous songs. Ford was the beneficiary of their almighty talents, the trio accentuating her sensual and opulent vocals with deep-bottomed bass, subtle backbeats and airy flights of organ.

“It was an amazing feeling being in that studio, singing into those old microphones, and collaborating with these incredibly talented heroes of subtle groove and soul. I could feel the history and vibe of that place coming up through the floor,” Ford says. “I’ve worshiped all of them for 20 years. These guys are our heroes,” Ford says.

But Ford and co producer/drummer John Raham didn’t want to come into the Memphis studio, prescribing everyone’s role. And you can feel it in the spirit of the record. Ford says she wanted the collaboration to have spontaneity: “I’m interested in how people respond. I want their energy.” It’s an energy that spanned the continent, from Memphis to Vancouver. In the end, the album incorporates the skills of at least 16 musicians in total, including Be Good Tanyas member Trish Klein playing guitar on two tracks, guitarists Darren Parris, Craig McCaul, pianist Phil Cook, the golden horn arrangements of Jim Spake, Scott Thompson and JP Carter, and the undulating tides of Debra Jean Creelman’s and Caroline Ballhorn’s backing vocals — that kick off on the hopeful album opener, “September Fields.”

But it might be another emotion that sets the pace of this record. As its short, emphatic title suggests, “Done” is a blasting missive, that’s part Rickie Lee Jones, part power-drill, taking a significant other to task: “I was taking every hit from you / You drive-by-shooting son-of-a-bitch / And I’m done … / Well you criticize by numbers / You hammer at the roots / Wait for me to fuck up to find yourself some proof / And I’m done / You’re just stoking the hatred of a story line / While you hide behind decorum and a fake smile.”

“Natural Law” is another fierce, motoring track, driving on the back of a wickedly throbbing bass pulse, channeling some of Green’s grimier cuts. Its beat begins like a cool Cadillac rumble, a creeping, quickening pace laying waste to all with thoughts of getting in the way. There’s something both empowering and threatening in the tandem force of the lyrics and rhythm. The standout track, “You’re Not Free,” is as forceful as weather. Its cool, breezy lead and backing vocals are the calm before the storm, the song reaching critical mass in a storming surge of impassioned organ and fiery electric guitar.

But there are soft nuances on this record too. Ford changes pace with the billowy beauty of “Three Golden Trees,” a song about betrayal, set to a meditative waltzing rhythm with the autumn tone of a Neil Young “Harvest” track. But for most of Ford’s fans, there’s no separating the pleasure of her music from her uncommon voice. There’s an easy elegance in the restrained singing of the opening verses of “Three Golden Trees,” which begins with some of the most poetic lyrics Ford has written: “You carried me up and over the water / In a white dress covered in rust / And I folded into your shoulder / All through the floods / There were three golden trees over Beulah / And three new graves in the sun.” Her voice sounds like butter melts, liquefying into silence right before the smart inclusion of soft, punctuating horns.

“You Got Religion” makes a heaven of our personal earthly gardens. “Weather Pattern,” a delicate and deceptively simple song about mortality, is one of a number of songs on this record that turn nature into a type of expression — one of Ford’s strongest writing traits. The album’s sophisticated title track is a dreamy, mental wandering over the ocean that feels like baptism. There’s a lightness and a hallowed grace that comes with listening to the songs on this Indian Ocean — like being blessed. Ford unearths lyrical intimacies with honesty, a giving heart, and a sharpness that combines the pretty, the reflective, and the searingly forthright. Ultimately, Indian Ocean is record about renewal, strength, knowing when to breath in and let go, trusting yourself, letting the waves rush over, and appreciating all the things worth loving.”