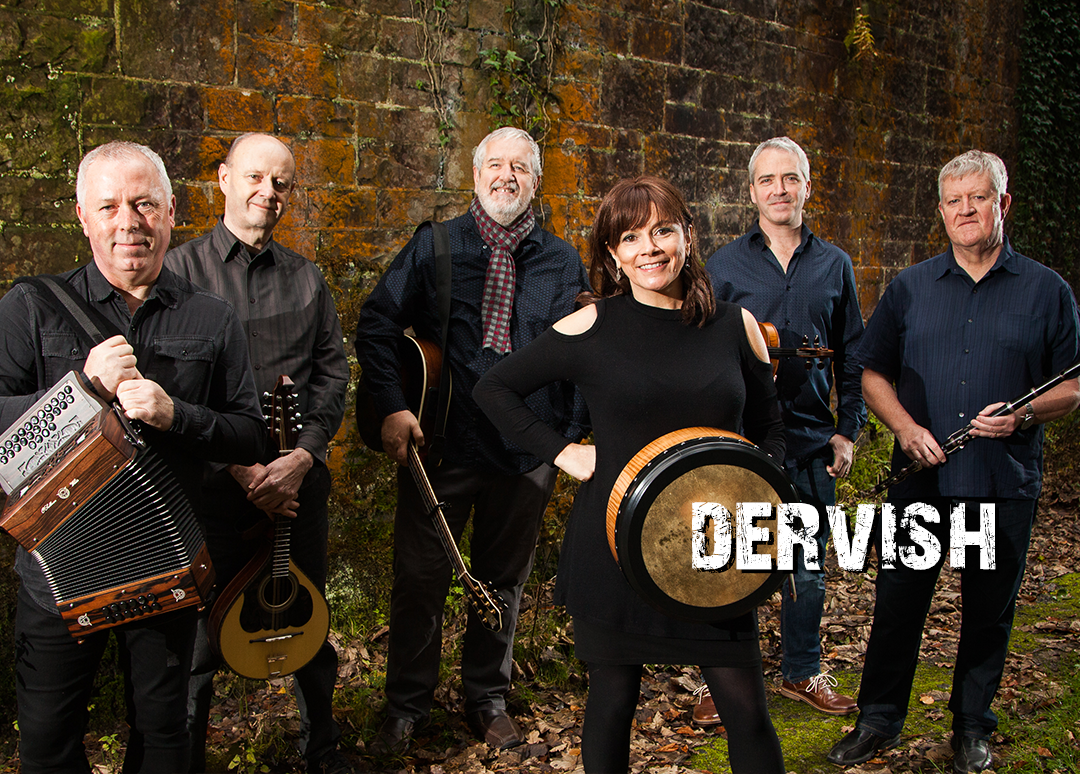 Dervish have been bringing Irish traditional music to the world for more than 25 Years.

Described by the BBC as “an icon of Irish music”, the band have played at festivals from Rio to Glastonbury, toured with the Irish President and struck up tunes on the Great Wall of China.

Dervish have a line-up which includes some of Ireland’s finest traditional musicians, fronted by one of the country’s best-known singers, Cathy Jordan.

The Guardian newspaper commented: “Dervish are simply brilliant . . They carry Irish history with them.”

Dervish are long-established as one of the biggest names in Irish music internationally. They’re renowned for live performances which match dazzling sets of tunes with stunning interpretations of traditional songs. Their studio and live albums – 12 to date – make up one of the outstanding catalogues in Irish Music.

In 2016 Dervish are still busy touring internationally and still making plans. The band are excited about signing for the renowned US roots label Rounder. There are major projects ahead – new growths from those Irish roots!