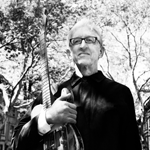 Grammy nominated guitarist, singer and songwriter Bill Kirchen is one of the fortunate few who can step onto any stage, play some trademark licks and elicit instant recognition for a career that has spanned over 40 years and includes guitar work with Nick Lowe, Emmylou Harris, Doug Sahm, Elvis Costello and many more. Named “A Titan of the Telecaster” by Guitar Player Magazine, he celebrates an American musical tradition where rock ‘n’ roll and country music draws upon its origins in blues and bluegrass, Western swing from Texas and California honky-tonk.

Bill Kirchen may be best known for his work in the ’70s with the rebel band Commander Cody & His Lost Planet Airmen. This gang of rock & roll honky tonkers cut a wide path through country and rock, creating an intersection where both could meet and meld together effortlessly. Kirchen offers his audience a rare combination of guitar virtuosity, mastery of roots rock ’n’ roll, and an almost magical connection with his audience. As a performer Kirchen came into his own while on-stage in Austin for the live recording of the critically acclaimed Live from Deep in the Heart of Texas, recorded in November of 1973 at the Armadillo World Headquarters which rightfully made Rolling Stone’s list “100 Best Albums of All Time.”

Kirchen’s work during this phase in the all-too-short career of Commander Cody & His Lost Planet Airmen is still remembered with awe. 1996 was the year Kirchen saw the release of Have Love, Will Travel. Critically acclaimed, it is an eclectic disc that displays the various aspects of Kirchen’s artistry and talent. In 1999, Kirchen followed with Raise a Ruckus on Hightone Records. Kirchen has been instrumental in keeping the work of many musical pioneers as more than just memory.Using his 1950s Telecaster and his chameleon-like voice, he has told the tale of Bakersfield’s top bard, Red Simpson, and maverick songwriter Blackie Farrell. Ernest Tubb’s former man of pedal steel, Buddy Charleton, whose infallible twang and moan can be heard throughout Have Love, Will Travel, is a featured player in Kirchen’s world. Always ahead of his time, Kirchen remains a man of distinction who looks at music not as something to be categorized, but as an art form that has no boundaries.

Continuing to work with Hightone Records, Kirchen released Tied to the Wheel in 2001, followed by King of Dieselbilly in 2005 and Hammer of the Honkey-Tonk Gods in 2006. In 2010, he released the guest-star-studded Word to the Wise, which featured appearances by Nick Lowe, Elvis Costello, Maria Muldaur, and Paul Carrack; it reached six on the Billboard Top Blues Albums chart. Three years later, he came back with Seeds and Stems, which found him revisiting many old favorites from throughout the years, including “Hot Rod Lincoln” and the title track.