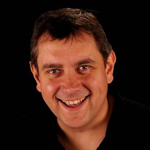 Following a year in which he has played all over the world in many prestigious theatres and festivals, Ben Waters is looking forward to returning to Roots & Blues this year (you may have caught him here in 2011). His amazing boogie woogie, rock ‘n roll, and blues piano and vocals have earned him a reputation as a great entertainer. Ben’s performances are sensational – this guy has played with the legends of rock ‘n roll – Chuck Berry, Jerry Lee Lewis, Shakin’ Stevens, Ray Davies and all of the Rolling Stones.

Along with rock ‘n’ roll and boogie woogie numbers, Ben will be performing music from Boogie4Stu, his tribute album to the late Ian Stewart, family friend, and founder of The Rolling Stones. Boogie4Stu features the Rolling Stones, Jools Holland and PJ Harvey.