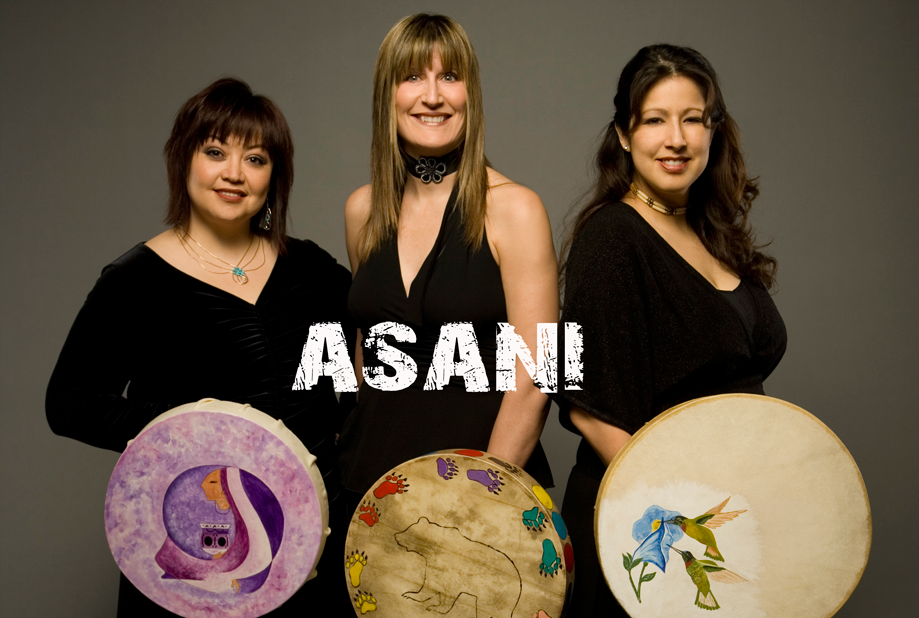 Asani is an Aboriginal women’s trio with members based in Alberta and B.C.. They are Debbie Houle, Sarah Pocklington and Sherryl Sewepagaham. This circle of First Nations and Metis women have performed across the continent at Carnegie Hall is NYC, The Kennedy Centre in Washington and the Saddledome in Calgary, and the group has also performed for the Dalai Lama, Queen Elizabeth and at the 2010 Oympics in Whistler. Their debut CD “Rattle and Drum” was nominated for 11 music awards and received the Canadian Aboriginal Music Award for Best Female Traditional Cultural Roots Album. Asani’s sophomore release “Listen” received a 2010 Canadian Folk Music Award and an Indian Summer Music Award.

Asani seek to use the inspiration of their cultural heritage to create music that is accessible to a wide audience, while delivering a powerful message from their hearts. The group will be performing stand-alone concerts and workshop shows with longtime friends like Maria Dunn.