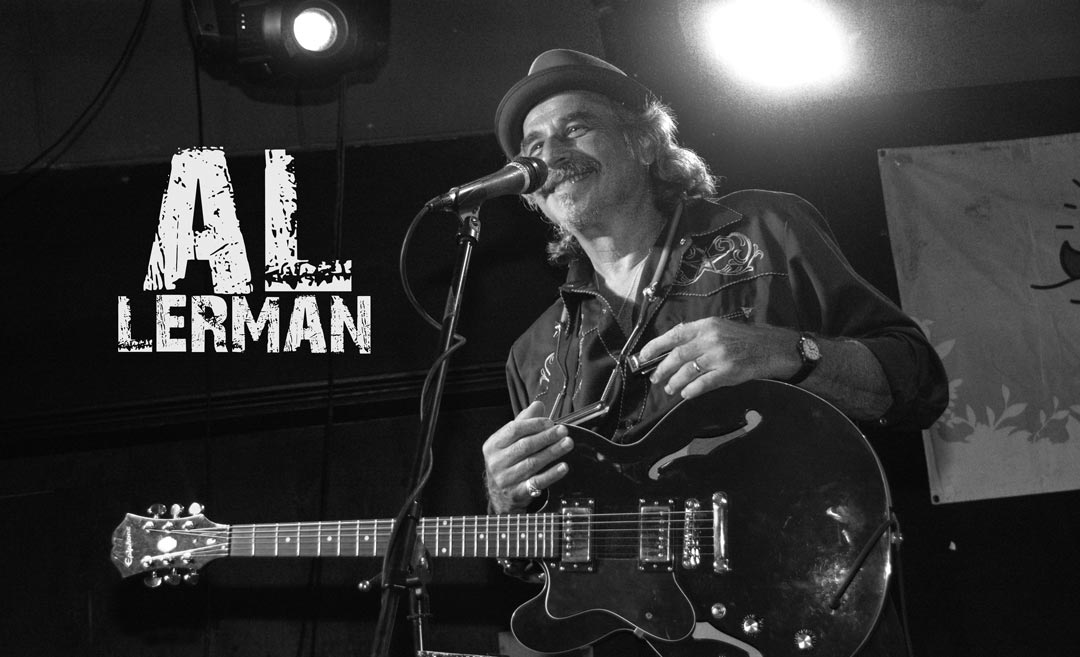 Bluesman AL LERMAN is a multi-instrumentalist, singer and songwriter. He was founder and leader of the 2X Juno Award winning band FATHEAD, and along the way built a solid career touring as an acoustic solo act, accompanying himself on guitar and rack harmonica. An engaging and skilled artist, his shows often feature humorous anecdotes  interspersed between great blues songs. He is regarded among the top harmonica players in the country and his prowess on the instrument has earned him no less than ten Maple Blues Award nominations in that instrument category. He has been heard on countless recordings and live sessions with some of the best in the blues. In 2016 his standout “Slow Burn” disc made the esteemed world-wide list of Top 100 Blues Albums Of The Year. That same  year he also garnered a Maple Blues Award nomination for “Acoustic Act Of The Year”. In 2017 he received a Recognition Award for “Leadership In Arts & Culture” from the County of Peterborough.

While mainly performing solo acoustic these days, side projects include the MAPLE BLUES BAND, the house band for the annual Maple Blues Awards show. They have backed guest performers such as Colin James, Shakura S’Aida, Paul Reddick, Duke Robillard and many more. GENIUS + SOUL, led by pianist Lance Anderson, celebrates the music of Ray Charles. Ray’s soulful repertoire gives Al’s big, Texas-style tenor sax a chance to shine. Throughout the years, Al has been active in sharing his adept  harmonica skills, conducting  workshops in schools, music camps and festivals.

For Al, the blues bug bit at a young age when he was taken to hear the famed duo of SONNY TERRY & BROWNIE McGHEE at Toronto’s Riverboat coffeehouse. His interest in the music immediately sky-rocketed, and over the years he saw the duo no less than forty times. Moving into his twenties while playing in local Toronto blues bands, Al sought out many of his musical heroes, seeking both advice and inspiration. He considers himself fortunate to have sat in with blues giants such as MUDDY WATERS, WILLIE DIXON, SUNNYLAND SLIM and many more. A long friendship ensued with Chicago harmonica player CAREY BELL who mentored him on the instrument. Hearing him now, there’s no doubt he has learned his lessons well. A full-time musician since 1976 with an impressive catalogue of well crafted songs, Al casts a magical spell on his audience wherever he goes!

“Wry and tender from beginning to end. It’s a big thumbs-up for anyone who likes a little originality. Al Lerman is a troubadour of the first order.”
-Blues Blast magazine, USA

“A solid back porch/organic effort, this old pro has been in the game too long to show up with less than his A game. Sounding like it came from the swamps of Canada, this just might well be the great north equivalent of Tony Joe White. Check it out.”
-Midwest Record Review, USA